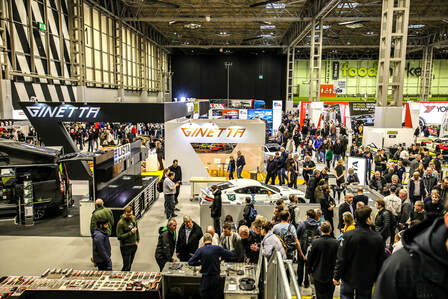 A chilly, wet and early start to the day and we’re off to Birmingham for #ASI19

This has to be one of Race Red Media’s favourite shows of the year, right at the start!

Tip – There is a MASSIVE amount to see and do at the show and I thoroughly recommend doing your homework before you go, to make sure you get to see everything you want to see. For us, it’s only a little more than an hour of travelling to get to the show, but it’s still worth the effort to figure out what our priorities are. 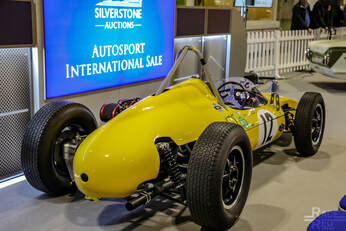 This year, the Senna statue, the Jaguar +40 race series and Silverstone Auctions were my main interests. Add to that, the Porsche stands, Mustangs and Fords, Americana, Classic cars, Ginetta and all the show cars, we had a LOT to get through! And don’t forget the Live Shows!

Starting the Auto Sport International at 9am hardly leaves enough time to get around everything – that is not a criticism - there’s so much to see. If you can, I’d recommend factoring in a multi-day plan so you don’t miss anything.

Free-to-ride shuttle busses to and from the car parks is all part of the service and a great start (and end) to an exhausting day.

Tip – pre-pay for your parking before you go. It works out cheaper (by £4) and more convenient.

We headed right for ‘Moby Dick’ to start with and passed by Ginetta as we did so.

Porsche 991 GT2 RS based track ready car in classic colours, three quarters of a million quid to buy and even then, it’s only if you’re one of the earliest early-birds in the queue. A VERY limited-edition, track-only, can-I-have-one-please Porsche 935.

With not enough time to drool over the 935, we had to move on through the show.
I wanted to see the Lamborghinis in jewel-like aqua-green chrome. Both cars had people around them three and four-deep and I was fortunate enough to grab a couple of seconds of video. I’m not convinced the cameras capture the beautiful colours well enough, but I gave it a go!
As usual, everyone on the stands and displays were welcoming and cheerful and always happy to chat. Keeping an eye on others roaming around their displays was a necessary distraction from the chat, of course, and I was dismayed to see finger-smears on some of the cars. I’m not sure if the public are aware that these vehicles are NOT public-property, they are mostly privately owned and someone’s pride and joy, and they therefore should not allow their children to put their hands (or face) on the paintwork. More and more stands are roping-off their display cars and though it spoils the photography, I can’t blame them for not wanting people to get close enough to touch! 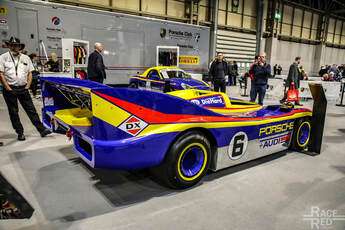 Series Elite is interesting. If you have a little over a quarter of a million to spare, you get a Jag, pre-season race licence and training, arrive-and-drive with professional coaching and team support and hospitality at each event. www.serieselite.com

We stopped off at the Porsche Club GB stand for coffee – membership has loads of other benefits of course – and took a load off weary feet, rested aching backs and planned the next wave. Then it was on to the live show. 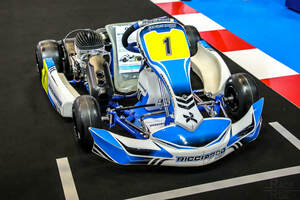 Stunts, cars, celebrities, McLaren, Aston Martin showing how to save 50% on tyre-wear and an appearance by Billy Monger entertained the masses in four live shows.

Add to all I’ve mentioned, there’s karting, F1, WRC, rides, food, stalls and stands geared towards the car enthusiast, and more than you can possibly get around in a full day.

If you missed it this year, put the show on your calendar for next year!
Autosport International 2019 photos