Motoring at the Manor 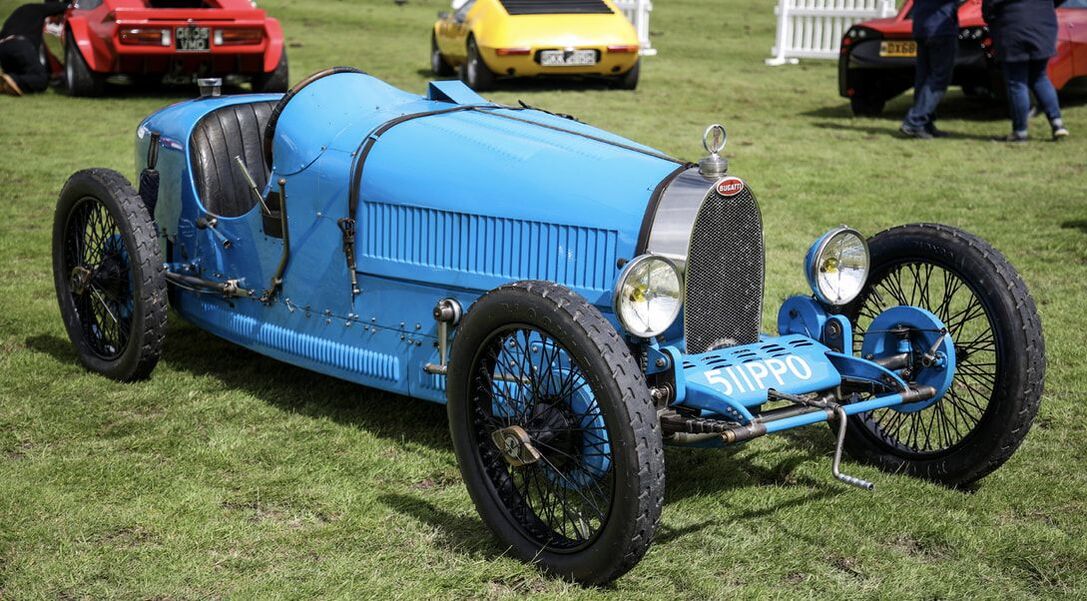 Concours winning Bugatti Type 57 Prototype
Getting there
It was an early start and a long drive for us today, but the final part of the journey was made easy with good signage into the event. Although the final part was through the village of Caerleon which is quite tight in places, especially around the one-way system.
The marshals did a fine job of parking us and they were all very friendly and even through the wet weather, they always smiled and appeared cheerful. This is always great at any event.
Parking was quite close to the event site and on hard standing. Entry into the event was quick and easy. 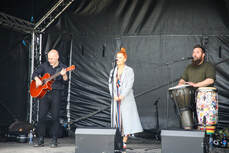 The Site
The site is a slightly raised, flat polo pitch/field (not sure what they are called) and although we had had rain all week, it remained quite solid underfoot. The main walkways were well prepared with plastic duck boards and although you did get a little muddy, it was very good (be careful, the duck boards can become slippery).
The site was well planned, with a large TV screen showing the LeMans 24HR race live at the end of the main food/rest area.

A stage with live music from The Sisterhood and Apple Tree Theory entertained the crowd on and off throughout the day.
The food looked to be of high quality rather than fast food and the menus had an unusual mixture. The food and price fitted the planned up-market garden party theme of the event. You could even pre-order picnic hampers, or have a marquee with table and chairs for your own little party.
Toilets were well set out and clean, with normal porta loos near the food area, and another set of posh loos near the Drivers' Lounge.
Down one side of the polo ground were solid, framed marquees which housed an F1 display and the Drivers' Lounge. The service and number of personnel on attendance was second to none. We did spend a while in the lounge, talking with drivers and other guests and thoroughly enjoyed it.

The cars
It was a little unfortunate that this weekend followed one of the wettest Junes on record and a forecast of rain over the weekend, which obviously deterred a few of the promised cars turning out. Probably not the fact that they would get their precious cars wet, but the possibility of getting stuck on a field. As it turned out, the field was excellent and does not suffer with that problem.
The cars that did turn out were of good quality, with the likes of two Ferrari F40s along with several other Ferrari and Lamborghini.
It was great to have a show in Wales, with so many Welsh cars on display.
The cars were set out in several areas and were:-
Classic
Small display of classic cars.
Aston Martin
Fantastic display put on by the Aston Martin Owners Club celebrating 60 years of LeMans. From a DB2/4 to a $1 million 6litre 200mph Vanquish Zagoto Shooting Brake. ( A million dollars has a more impressive ring to it than £800,000 in this instance).
Race
Several cars on display including a good show from Welsh rally car manufacturer Darrian had several cars, both on show and running in the demo rally drives.

Concours d’Elegance
Some very nice cars on show. Examples were: One very early Ford, a Bentley and a Bugatti and the modern Hydrogen fuel cell powered Riversimple Rasa.
Several Welsh-made Gilbert cars showed up, including the one-off T11 and a Hensen M30.
Supercar
A wide range of cars from the usual Ferrari (although rare F40s) to the Lamborghini Urus and Alfa Romeo Stelvio. Most marques were represented and well presented. A couple of the hypercars didn’t turn up, and that was a shame, but only to be expected when you think they are several million pounds each and were expecting to park on a wet field.
Rally
The rally cars were not scared off by the rain and produced a well-rounded selection of some great classic rally cars and some Welsh contenders also.
A selection of cars were doing demo runs and providing paid charity rides supporting the nominated Mission Motorsport charity.
Cars ranged from Mini to Audi Quattro and the drivers were enjoying themselves, which is important.
The rally demo course was a little walk around a drainage ditch and onto a slight bank which made for good viewing. The cars each did a run up and down the road, providing good views and enjoyable driving noise.
Conclusion
The event on a dry weekend would have been everything the organisers had planned, with a summer garden party experience in period costume, giving it an Ascot or Goodwood Revival type feel. Good food and entertainment included.
However the weather just didn’t help, although everyone I talked to had thoroughly enjoyed themselves and didn’t seem upset with anything. Most comments included the fact that they knew it was the first ever event and thought it had gone well.
The staff were all awesome and always had a friendly smile.
More Photos Here