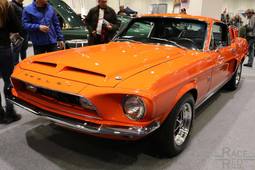 ​London Classic Car Show was booked because we were already going to London for a birthday party. Thinking we could kill two birds with one stone, the tickets were purchased and travel arrangements made.

It’s quite a hassle for us to get to London and so we don’t often go there (hence we don’t know the best travel methods).

Parking in Central London is usually a nightmare, but because we parked in a secure car park (overnight and Sunday too), PLUS Sunday is so much more chilled for trains etc, it was a relative breeze.

Train ‘right to the door’ is convenient. So is the food hall just as you get there – and not too expensive either (for London).

Still had to queue to get wristbands for the show, so that could be better organised.

The car show was on one side of the arena, the bike show on the other –‘HOW convenient,’ I thought. ‘We could possibly nip in to see the bikes if we finish with the cars.’

With an hour to go before the doors locked and punters were turfed out, a tenner each is a little steep, so no thanks, we’ll just go home. 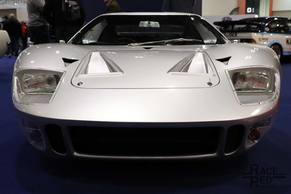 There seemed to be a lot of room to be able to walk about. Yes, there were crowds of people, but at some of the exhibits and stands, there was room to step back and admire the shiny metal.

I have to admit, being female is a talking point in itself, it seems. People on the stands wanted to chat to me when I asked questions. Nothing was too much trouble and most people had plenty of time to chat about their stand and exhibits. (There were a couple of exceptions, probably because I wasn’t actually buying anything), but most people didn’t try to usher me away when someone else turned up. 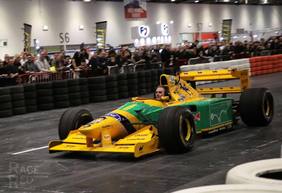 I enjoyed the live car show along The Avenue. To see Nigel Mansell was a treat, and to watch how much he obviously enjoys driving is a delight in itself. Get to the front if you can, by getting there early (fifteen minutes or so) and get ear-plugs! They’re handed out free, so don’t refuse – especially if you’ve got children with you.


We like to talk about cars, and as we go around shows, choosing the one we’d love to be able to take away with us always sparks debate. 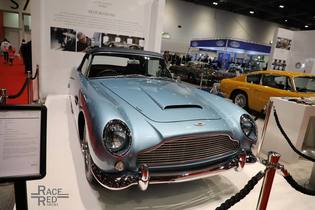 I decided the DB5 convertible won the show for me. If they were giving it away, I’d have taken it with me (I did ask…) The classic lines got me, it’s a beautiful machine.

Of course, the Mustangs, the Corvettes and other club stands give something spectacular to see and the people running those stands are all enthusiastic enthusiasts, with as much time to talk about their ‘baby’ as you want to take.

I have a soft spot for Porsche and Aston Martin and Mercedes, Ferrari, Jaguar… ah, you get the picture.

I enjoyed the day, but not the travel to and from the venue. It’s not a show I’d go to every year, if simply because of the travel.

When I win the lottery, I’ll go back to see which car takes my fancy. Until then, I think other shows have the same appeal.

The ‘Finished product’ is the main focus for this show – no ‘barn finds’ or restoration projects for the lower-end of the car market – no Triumph Spitfire, Mini or Ford Escort projects for the DIY restorer, just companies to throw money at and get your car returned to you good as new.

Put the same show in a different venue, close to the centre of the country and I’d be a regular visitor. Sorry, I’m not a fan of London itself. Way too busy for me.
London Classic Photos 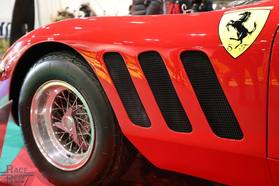 ​The London Classic Car Show was a last-minute choice for us after a personal event changed. We were already in London, so our travel plans were based on that. We did not attend as media.
​
Getting there.
​
We parked in central London so took the Tube, which was very easy with the DLS running most of the way and dropping us off at the Excel. It was £5.80 altogether with us using credit card contactless.
The Excel is not easy to get to and if, like us, you don’t normally drive in the city, it can be a little intimidating. However, the Excel does have 3070 parking spaces at between £15 and £20 for 24 hours. The tip here is to come on a motorcycle (problem is it’s February) as parking is FREE and onsite.
The London Motorcycle Show is also on at the same time, although doing both would be pushing it to get value.
Tickets for the Motorcycle Show start at £17 and the Car Show £25 (discounts and other price combinations are available) so if you’re in a car, costs start to mount up.
Don’t think you can go to one show and slip into the other later, or even get much of a discount, because the organisers, in my mind, have not put much thought into this. They wanted £10 to get in the car show for the last hour on Sunday, (the show was quite empty, so issues of crowd control was not a problem). Letting customers into both shows at the end of the day for say £2.00 provides control but it’s cheap advertising. What better way to get people that would not normally go into your show and provide the experience that might attract them next year? 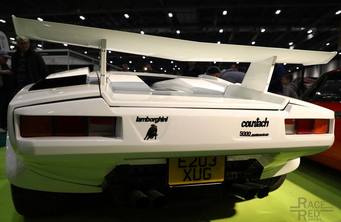 Value
Not bad and if you book in advance. The use of a club discount code can be reasonable for such a large show.
General review
The show was great with lots of fantastic cars to get near and the lighting was very good, so photography was not an issue.
At one end, you had the Coys of Kensington Auction with some interesting cars like the Countach 5000 QV, Aston Martin V8, Ferrari FF and Ferrari 512BBi. Moving away from the auction area, you passed through the area mostly filled with companies showing their specialty cars like Lister Jaguar and their new Thunder, Brabus with some awesome cars and Aston Martin Works with a beautiful RED V8.
In the middle is The Avenue which is a fenced area for the live car shows. While these are on you can’t cross this road, but after each session, there are several crossing points. Get there early to get a front standing position and if taking photos, position yourself near the turnaround area, or the cars are going too fast. Make sure you get a pair of the free ear plugs as it is really noisy. 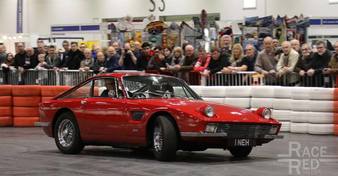 Down each side of The Avenue are more stands with new classics (Reproductions) which are fantastic, and then you get to the club stands.
The Club stands like the Mustang Owners Club GB and the Porsche Club GB have on show enthusiasts’ cars with their owners on hand to tell you all about them and their clubs.
Everyone was friendly and helpful and if you need that special photo, just ask, and they will help you get it by moving ropes and poster/leaflets etc.
In-between the cars are stands supplying parts, posters, glass (Pilkington) gears and just about everything you need to repair/restore your classic. If you want an auto-jumble, this show is not the one and you should try the NEC Classic and Restoration Show.
Food and drink.
We had a light breakfast and the same on the way out, but the place is filled with a large variety of food and drink to suit most tastes and pockets.  Bring a packed lunch and sit around the side of the arena, it’s only floor space, but the room is there so you don’t get trampled.
Don’t come in your winter woollies as you will soon be carrying them, it gets warm and I was in a T-Shirt while inside.
Conclusion
If you want to see some fantastic shiny classic cars and listen to a few, then this show is excellent and the venue great, if a little inaccessible. If you are restoring something yourself, then the NEC Classic and Restoration Show is the one for you. This show in London is if you have just sold your 20 bitcoin and are looking for investment in something a little more stable.
London Classic Photos